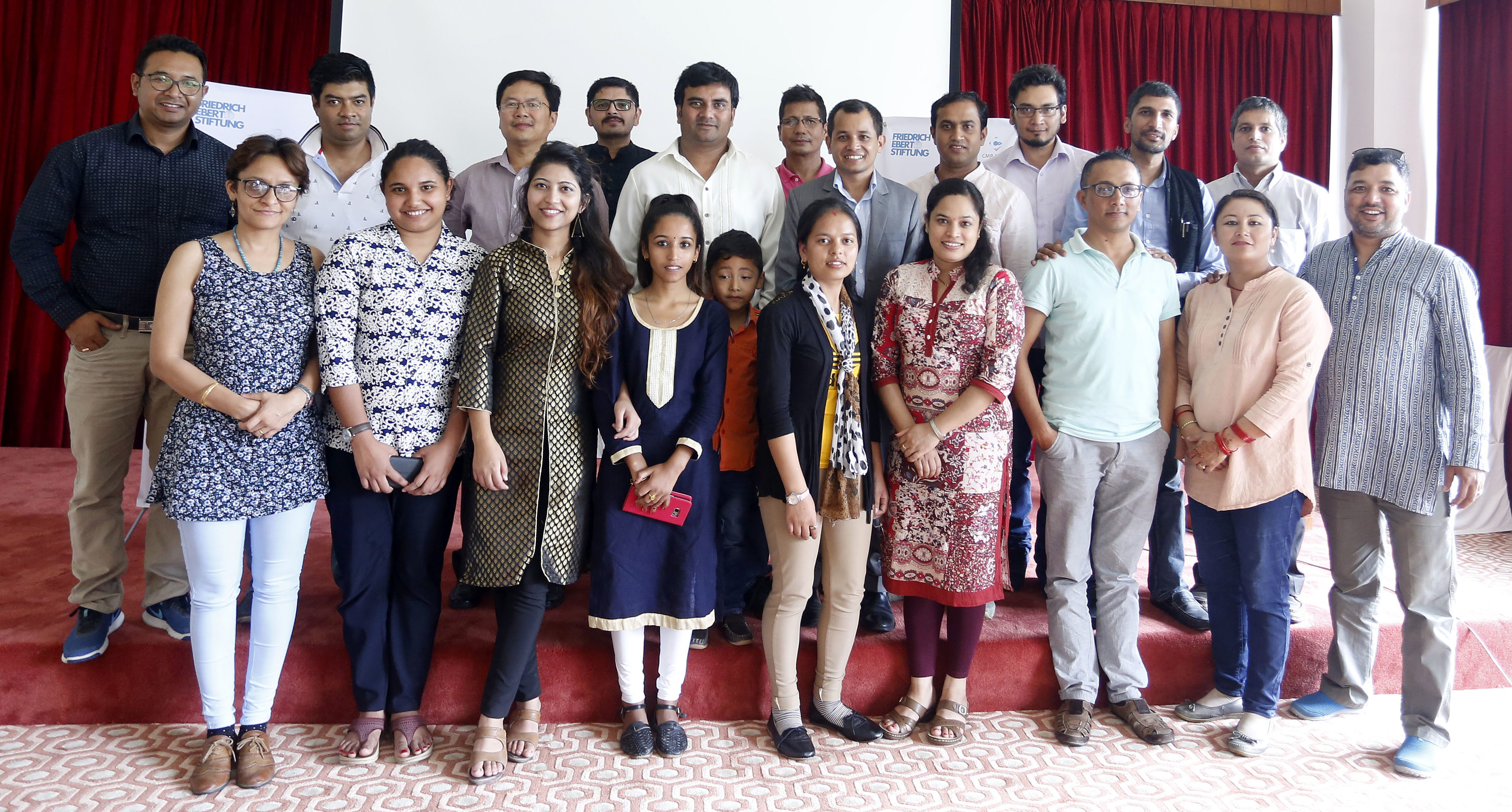 The Annual General Assembly of the Center for Media Research – Nepal (CMR-Nepal) on September 14, 2018 approved the strategic direction to evolve the organization into a media policy think tank.

CMR Nepal will now be an autonomous, research and policy-oriented, not-for-profit non-governmental evolving policy think tank registered with Nepal Government and based in Kathmandu, the capital of Nepal.

The AGM, as proposed by Chairman Bhuwan KC, adopted that CMR-Nepal’s main focus is to enhance the knowledge content of policy making and media development by conducting researches aimed at informing Nepal’s policy-makers and media stakeholders.

CMR-Nepal’s vision is ‘to enable all Nepali citizens to access accurate information without hindrance, engage in public discourse without fear, and media to become ethical and professional playing a positive role in the process of democratization; whereas the state facilities the media development and democratic principles on media’.

The mission of CMR-Nepal is ‘to advocate, support and lobby for freedom of opinion and expression on every platform, ethical and professional media, and press freedom’. The AGM also reiterated its strong belief in liberal democracy, human rights and role in strengthening democracy.

Meanwhile, the AGM passed the activities and projects report by Secretary Umesh Shrestha and financial report by treasurer Bikash Karki.