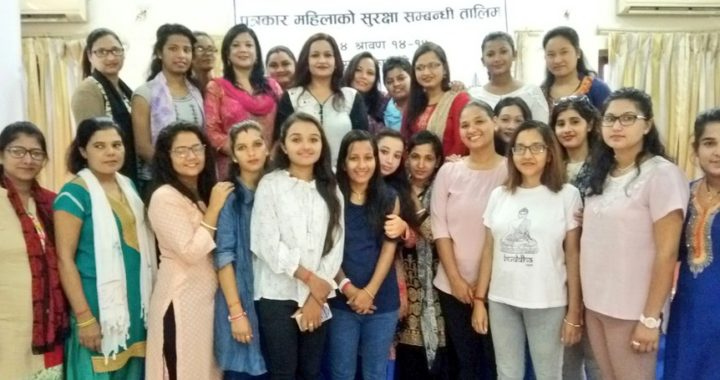 Nepali journalists are not fully aware of digital security risks.

Journalists not only need to protect themselves but also they are responsible to protect their sources and data. But a majority of the journalists in those training sessions were aware of the digital security risks. A few even told the trainer that they have nothing to hide so they can hand me over their unlocked mobile phone. When they were told that the protection of their sources – who could have been communicating with them on mobile phones; and that their phones have logged-in access to their emails or social media accounts which could be misused, they thought about it. For many journalists, the risks posed by their unsecured use of digital devices, or internet, was a fascinating new knowledge.

Quite a considerable number of journalists do not lock their phones or do not have passwords in their laptops, and have shared their email or social media passwords. The unawareness of the digital security risks has probably led them to the belief that locking mobiles or computers with a password or using two-step authentication in emails/social media is just an unnecessary hassle. Use of secure messaging or emails to communicate sensitive messages was far-fetched ideas for most of them when they were not even implementing the basic safety techniques for their privacy and security in the digital world.