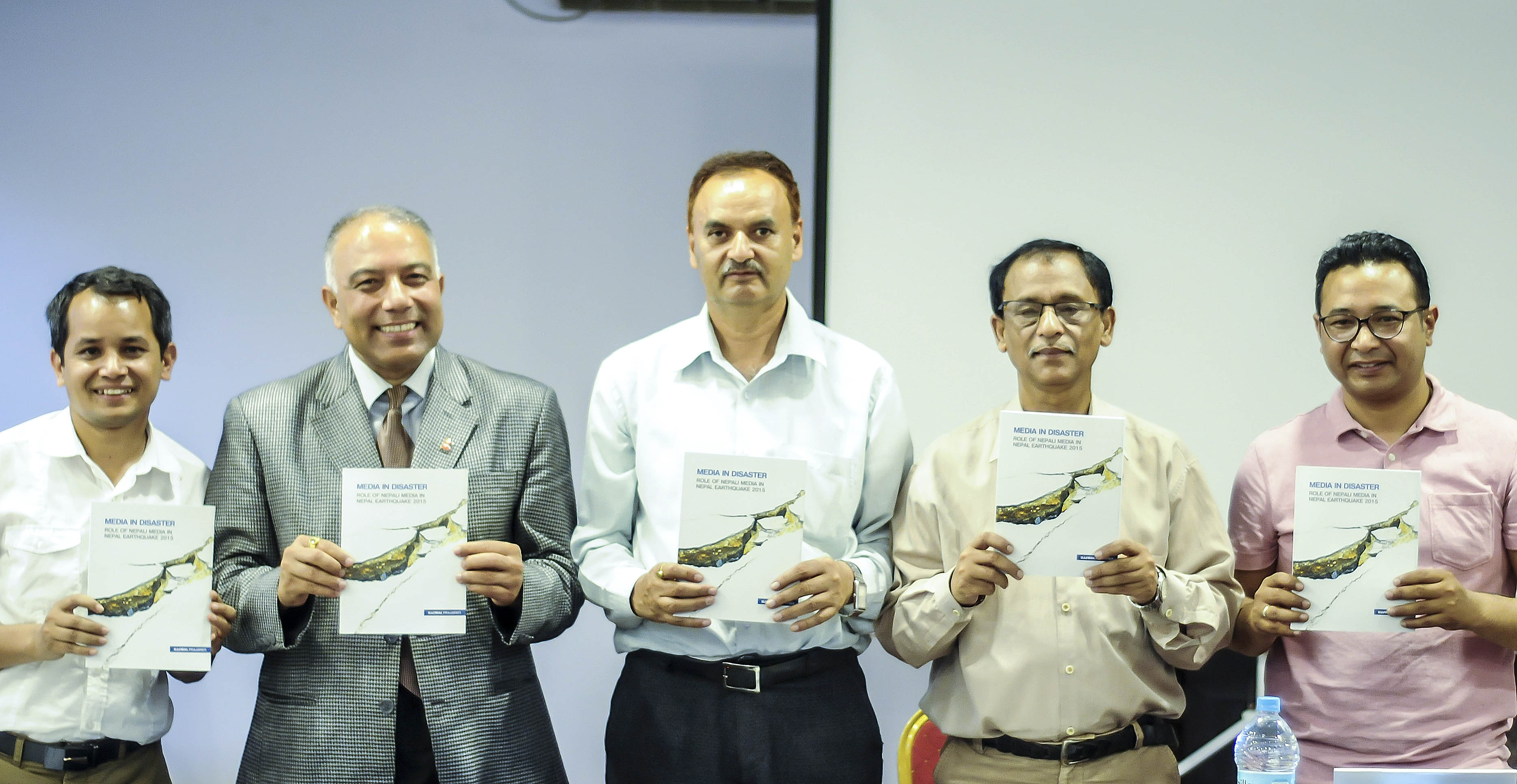 The Center for Media Research- Nepal launched ‘Media in Disaster- Role of Nepali Media in Nepal Earthquake 2015’ in a program in Kathmandu.

The book is based on the research conducted in the aftermath of Nepal Earthquake 2015 and studies the media’s role in disaster focusing on status and response of media, media’s contents and public perception of media.

Speaking at the program Chief Executive Officer of National Reconstruction Authority Sushil Gyewali highlighted the role of news media in the reconstruction phase. He said that the issues raised by the news media were taken positively which have resulted to address the problems in the recovery phase.

Gyewali said that the Authority is in the process of maintaining an archive of different aspects reported during the reconstruction phase, which will help in the learning process in the future.

Journalism Professor P. Kharel pointed out the need to follow the code of ethics not only in the times of disaster but also while reporting in other issues. He said conducting research about the media situation and content in different subject matters. 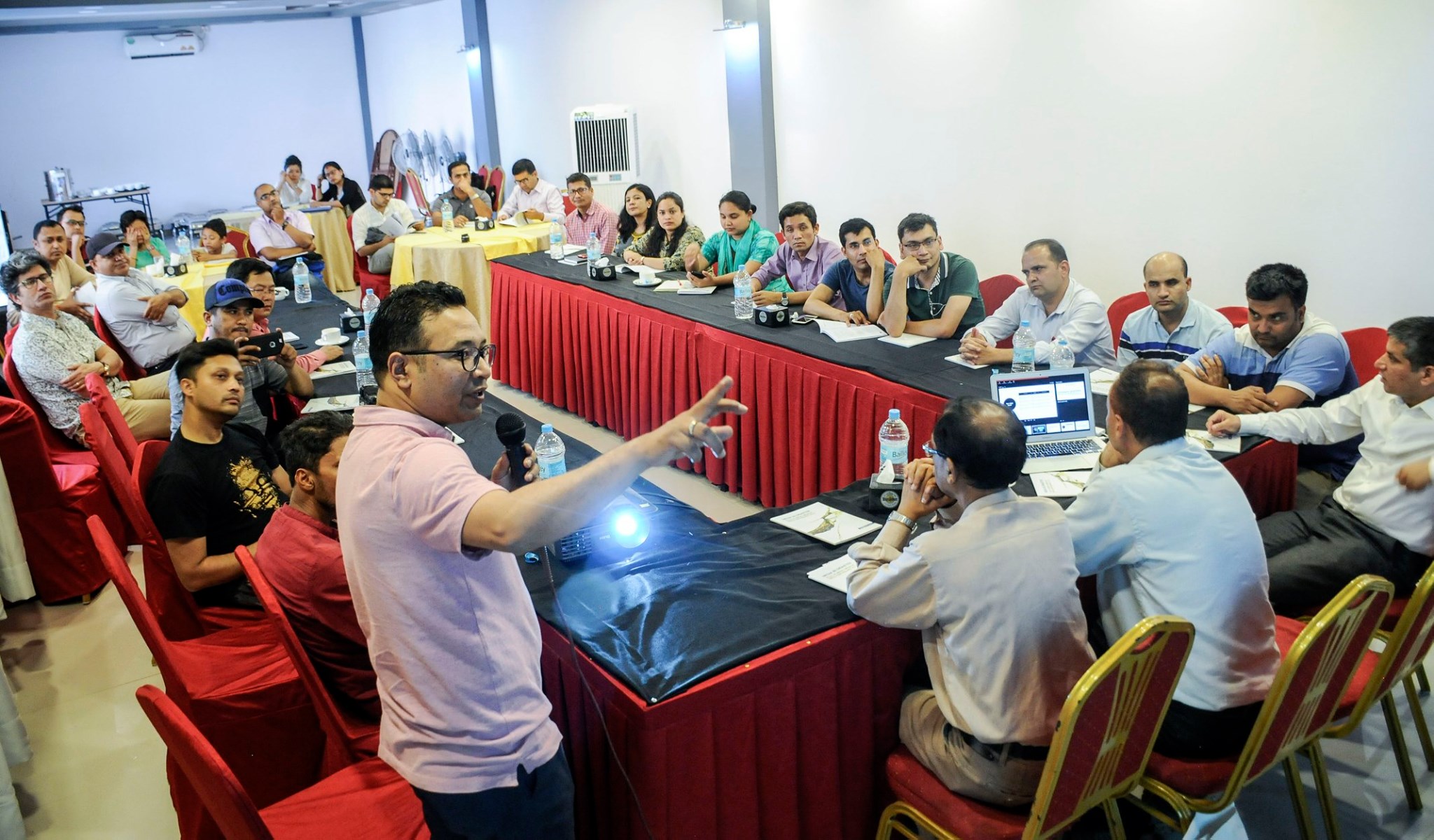 Similarly, Professor Chiranjivi Khanal, the head of the Central Department of Journalism and Mass Communication at the Tribhuvan University, pointed out that such research document could be a groundwork to conduct future research.

The study has assessed the role of media during the crisis and the level of preparedness among media to deal with unanticipated challenges and to look into the ways to improve media performance and preparedness in the future.

Researcher Ujjwal Prajapati said that the commitment showed by journalists for their tireless reporting and operating the news media to inform the public about the impact of the earthquake was ‘commendable.’

The study report has identified that news media in Nepal was unprepared for such scale of the disaster, that is reflected through damages faced by the media infrastructure.  Many news media had to halt their operation for days and some even for months. The weak infrastructure resulted in many of the FM stations to operate in the makeshift tents. Post Disaster Needs Assessment estimated the cost of damages to media houses to be around US$ 4.67 million.

The report also identified the unpreparedness of human resources with respect to the safety and security concerns faced by journalists during reporting. “Despite the continued aftershocks, journalists were reporting about rescue efforts, sometimes with a just a helmet on a protective measure,” said the report.

The unpreparedness of human resources in the news media was reflected in the news content. “Although news reporting was praised for presenting human angle stories and stories about humanitarian efforts it was also condemned for and criticized for presenting sensational views and not following the ethical code for journalists” identifies the report.

The study was conducted between August -December 2015 and was based on the analysis of media content, interviews with media managers and journalists and public survey.

The study has recommended the need to formulate media policy in disaster, clarity in government’s support policy to affected news media, preparedness initiatives by the media house, emergency media operation, use of new media, role of stakeholders and content policy media house.