Book on Media Policy and Laws in Federalism launched 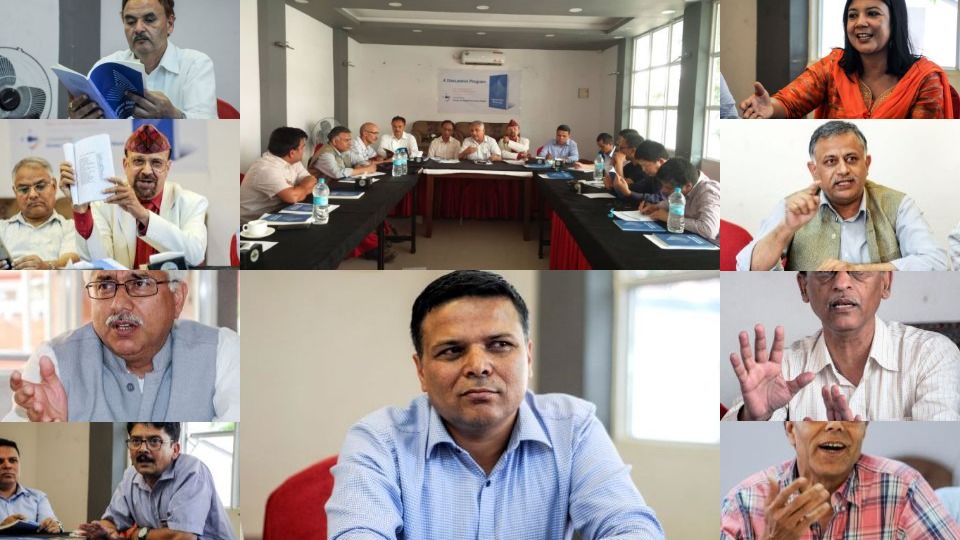 Book on Media Policy and Laws in Federalism launched

Center for Media Research- Nepal (CMR-Nepal) organized a discussion program and launched a book on Media Policy and Law in Federalism on 21 May 2019.

The book provides analysis and suggestions on 9 draft bills and 2 media policies, which were formulated by the provincal and the federal government.

The book incorporates analysis and suggestions on Mass Communication Bill, Advertising Bill and IT Bill at the federal level.

At the program organized in Kathmandu, former Press Council chairperson Rajendra Dahal was of the view that the drafting of media laws in Nepal was based on the philosophy of control. ‘The philosophy and thoughts are based on controlling mindset. The philosophy has guided it to some extent. That philosophy is supported by the people’s mandate.”

In the context of Nepal, the bills may get passed forcibly, but the continuous struggle is inevitable, he added. “Ultimately, press freedom is undeniable.” 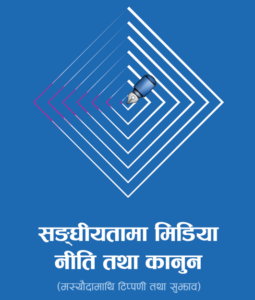 Professor P. Kharel observed that the prime minister and minister for communication’s public statement are not press-friendly, and in the context of divided society there are high possibilities of misuse of the provisions of fines and penalties. He suggested the government to amend the provisions of Press Council Bill but was of the view that the amendments made thereof should not be implied that the government has ‘kneel down.’

Speaking at the program, Chairperson of High-level Committee formed for Mass Communication Policy and Administrative Court Kashiraj Dahal said that no laws shall be made violating the basic principles set by the Constitution of Nepal and National Mass Communication Policy. Referring to Media Council Bill he believed that the parliament committee will make thorough discussions.

Media Expert Raghu Mainali said that there are fundamental problems in understanding the Bill that has been drafted. There is the wrong conception of understanding freedom vs responsibility which has resulted in flawed making of the media policies in Nepal.

He was also of the opinion that it is not necessary to make laws in all the province and local level with regards to media, the constitutional provisions on the fundamental rights should be guaranteed by the federal government, where laws regarding media fall under this jurisdiction.

Media Expert Binod Dhungel expressed his concerns about the tendency to seek government assistance which has resulted to shape the government perspectives, the result is a present form of formulation of Media policy laws.

President of Sancharika Samuha, Nita Pandit assessed the need to make gender friendly media laws. She was of the view that the laws formulated were not gender-friendly with respect to the participation of women in the proposed organizational structure.

Chairperson of CMR-Nepal Bhuwan KC suggested the need to discuss and interact with the stakeholders while to make amendments in the bills that has come in controversy. Executive Director of CMR-Nepal pointed out that the flaws in making of media policies were result of either bad motive or lack in understanding the gravity of the issue. “We need to pressure to amend the laws that has come up with a bad motive.”

The book is free to download here. Here are more photos from the program.