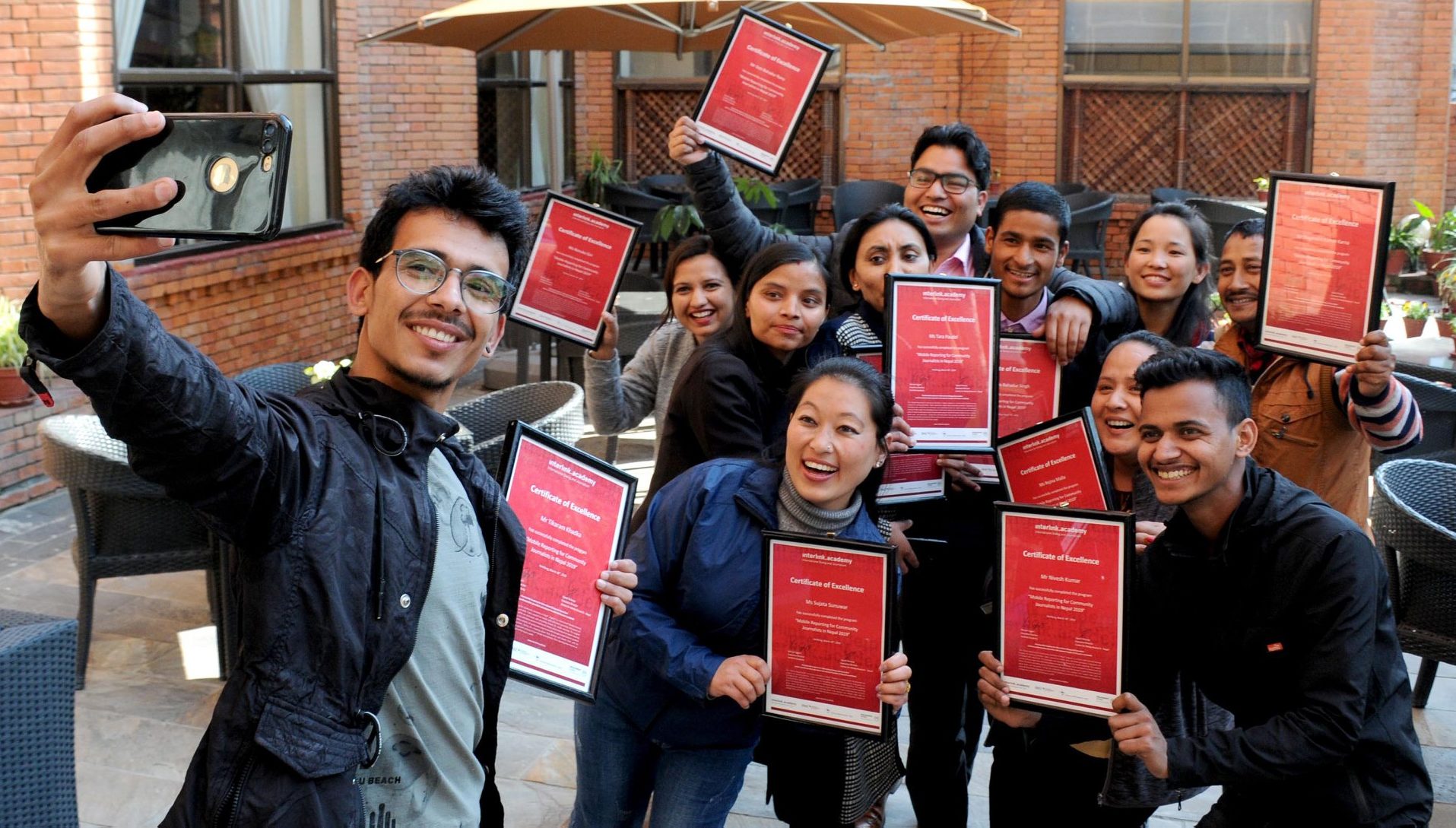 The second round of “Mobile Reporting for Nepali Journalists” training organized by the Center for Media Research – Nepal, with support from the Interlink Academy, Germany concluded on March 10, 2019.

The certificates of the completion of training were given away to the participants by CMR-Nepal Chair Mr. Bhuwan K.C, who said that training can be considered a success only if the participants apply the skills learned in training in their professional career and works. 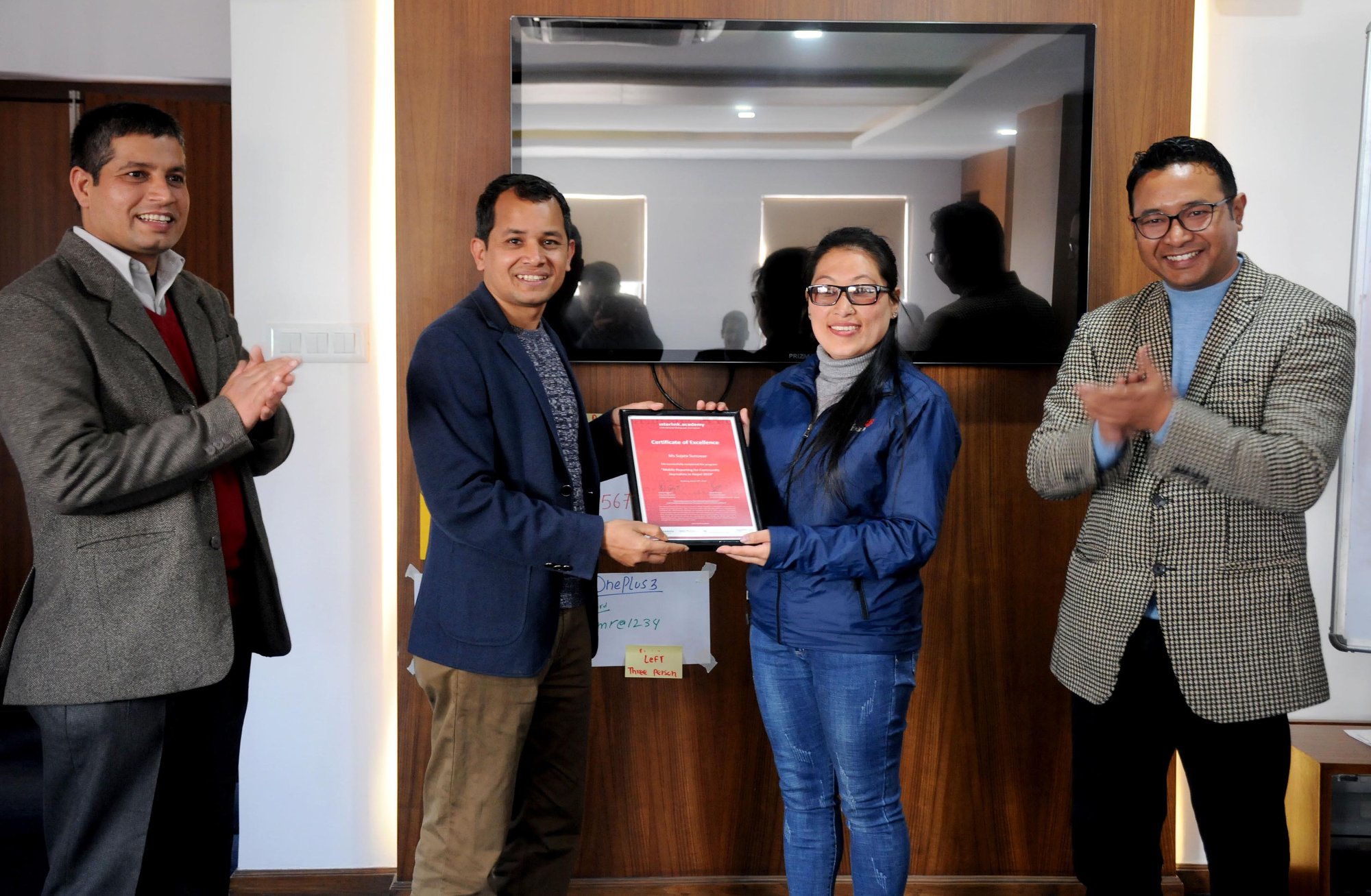 Topics covered are mobile video production and photojournalism. Participants are introduced into state-of-the-art techniques and storytelling formats for mobile reporting. The program consists of three stages: two attendance phases in Kathmandu, Nepal (January 5 to 14 and March 6 to 11), and an interjacent seven-week e-learning phase.

During the attendance phases, the participants acquire new skills through in-depth lectures, practical group work, and discussions. In the e-learning phase, they practice and deepen their skills by accomplishing weekly assignments at home in their familiar environments. The e-learning phase requires an average time commitment of five hours a week.

The training was conducted by CMR-Nepal trainers Bikash Karki and Bijay Gajmer, who was closely supervised by the trainers of the Interlink Academy. 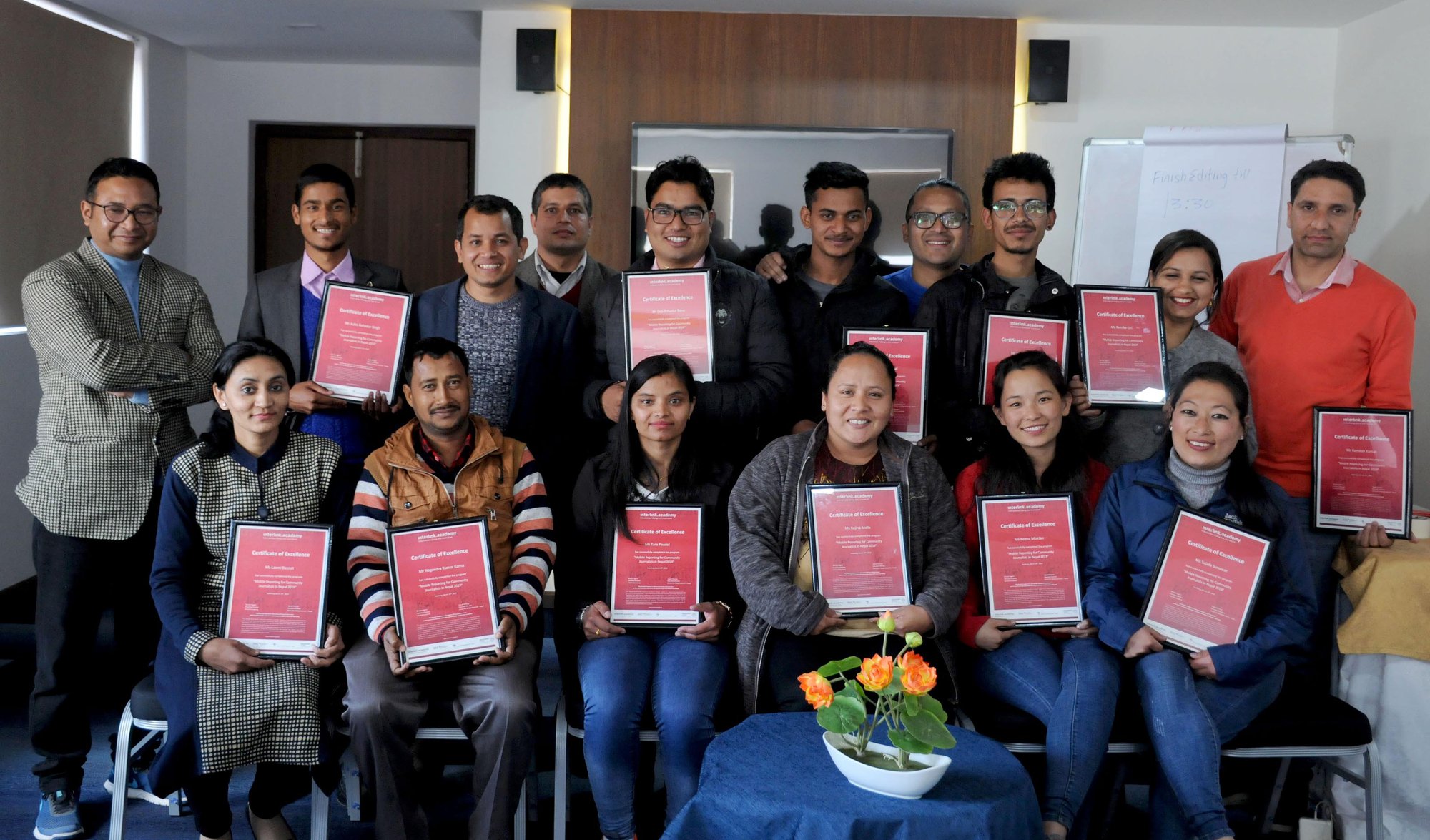 CMR-Nepal and Interlink Academy conducted a similar course August- November 2018 in English language. The program is sponsored by the German Ministry for Economic Co-operation and Development.