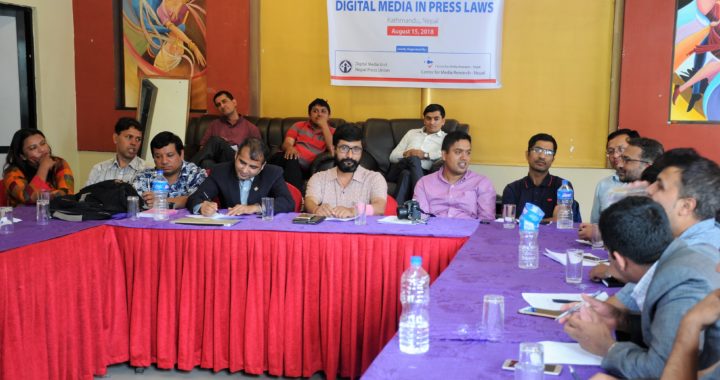 The Center for Media Research- Nepal (CMR-Nepal) jointly with the Digital Media Unit of Nepal Press Union (NPU) organized an interaction program on ‘Digital Media in Press Laws’ on August 15 in Kathmandu.

Journalist union leaders, journalists, and legal experts participated in the interaction and shared their experiences and problems with the digital media domain in Nepal.

Nepal has introduced the Criminal Code Act 2017 that revised the Muluki Ain of 2020 B.S. which was passed by the parliament in October 2017. The law is applicable from August 17.

Media experts and journalists believe that the provision in the law leaves enough room for interpretation that could be used to prosecute investigative reporters, journalists, and cartoonists. The participants at the program pledged grave concerns, which they believe could affect freedom of expression at large.

The participants also pointed out the weakness on behalf of the news media and the advocacy body such as Federation of Journalists. They outlined the body such as FNJ should be proactive when the laws are in the draft form and should strongly lobby to abrogate the provisions that are discriminatory to the press. 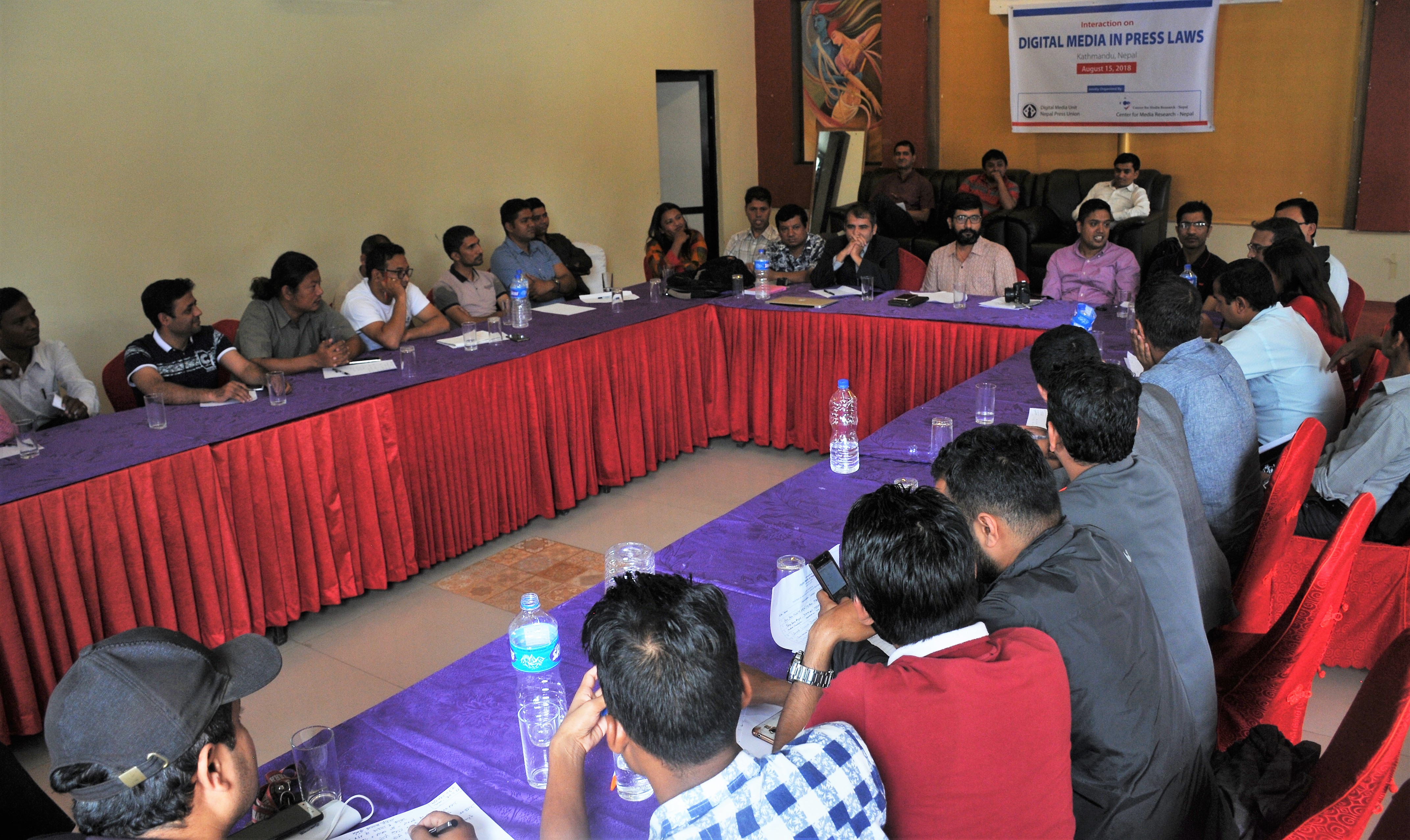