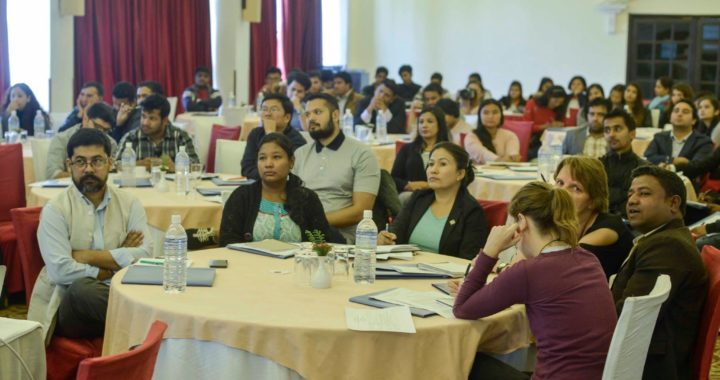 Center for Media Research Nepal (CMR-Nepal),, with support from FES-Nepal, organized a discussion program on Social Media, Youth and Political Participation on 29th October, 2017 in Lalitpur. The discussion program aimed to explore and identify issues and trends of youth using social media for political participation. It also aimed to exchange experiences of social media uses and discuss and identify strategies for effective use of social media by youths for their political engagement.

The program was participated by more than 70 youths from different sectors including youth politicians, activists, social media users, advocates, entrepreneurs, academics, and journalists.

The program was divided into four segment: a) Inaugural session b) Paper Presentation c) Panel Discussion and d) Open Discussion. 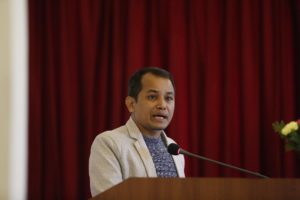 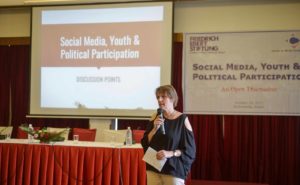 FES Nepal’s Resident Representative Annette Schlicht shared her experiences about political participation and involvement of youth. Schlicht observed that discussing political issues it dealt with political complaints about political leadership concerning behavior, attitudes, and actions. She also found that young people under 30 in Nepal do participate in the program but they are not much engaged in the discussion. Schlicht outlined the challenges that young leaders would face with respect to accountability, transparency and good governance. 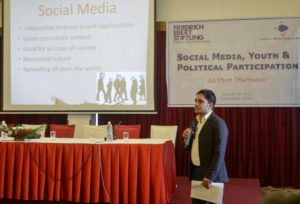 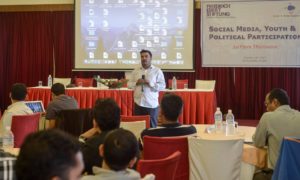 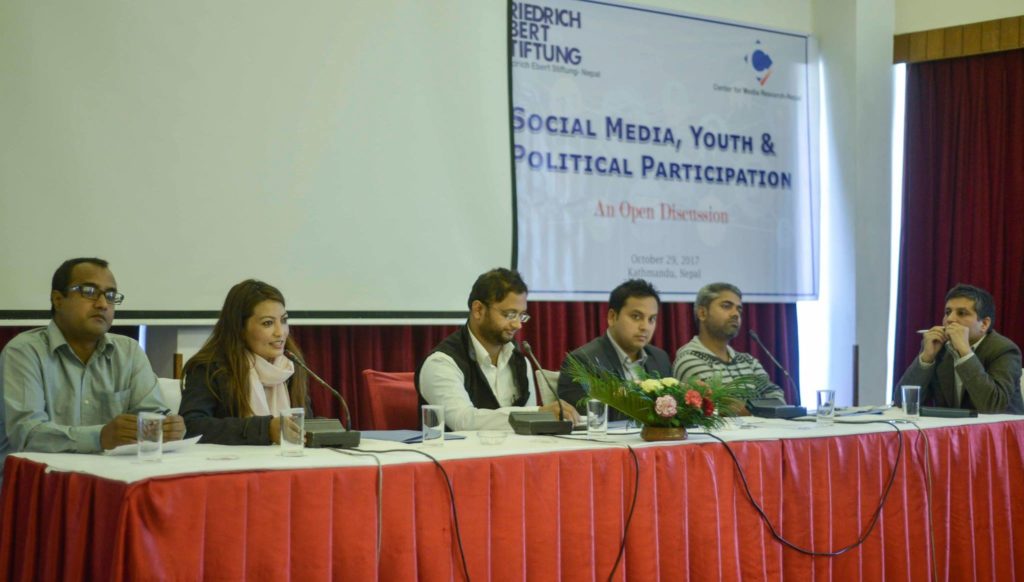 The panel was moderated by Tilak Pathak, the associate editor of Nargarik Daily. The panel discussed on different dimension of use of social media by political parties leaders and their engagement in the medium. 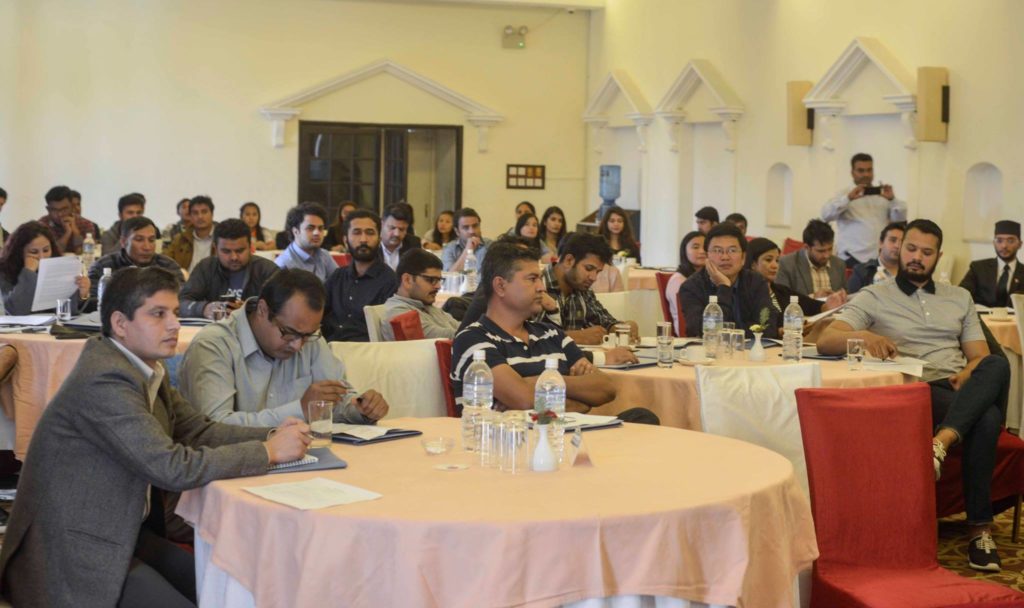